While we as a world speed forward on an uncharted flight to an unknowable destination, predictions and hearsay is all you hear in the backseats on this excursion into a strange new Paradigm.

One prediction that has come to play out is Dar.Ra whose album New Kinda Normal released in 2019 told of tales of future society changes, while the front cover art showed a couple walking down and empty high street in a bubble.

Did he know something we didn’t at the time and was anyone paying attention to the fine lines of that release. Since we have seen massive changes and other artists not releasing any new material, we have seen more out put from Dar.Ra rather than less.

The EP ‘Stand Up For The Heroes’ was an honourable attempt to give the Keyworkers and Frontline Heroes of the Pandemic something more than just a round of applause, something that people could sing and show their Love, with proceeds given to Frontline worker charities.

The ‘Whisky n Honey’ EP featured a great Bowie style track with sublime subplot of a Love given up on for a pursuit of fast love and neon highs only to end up empty and alone wishing for a life that will never come back.

The Lights Dark Nights remix was the epitome of genre called ‘Rock Step’, which Dar.Ra claims to have invented. If you’re looking for the blueprint you can find it on this EP and the ‘New Kinda Normal’ Album

The latest release schedule doesn’t let up with a new single ‘Rise Like The Sun’. A Latin rock groove that cuts through the current climate like a hot knife through butter.

Uplifting sunshine grooves with remixes from Colombian to India, the UK with a few European mainland connections thrown in for good measure. The lyric suggests not been held down by the people in high places, the unknown powers who make decisions about out lives that we have no control over.

‘I want to rise like the sun and hold back for no one’ is a lyric sung with power and persuasion by Dar.Ra who takes a further dig at those powers by singing;

‘I wanna live the dream with impunity like the rich do with ease’, ‘I been crying crying out loud I been down in the dirt the dirt and the dust,
Trying to reach up from the gutter to the stars’

Sums up the frustration of the singer to be heard in a world that is obsessed with money and power rather than concern for the real issues that we face as a human race.

Dar.Ra has a way however of making the Music and melodies sound so sweet that you would miss the subliminal storylines that lurk beneath the clean mixes and beautiful musicianship on each track he puts out.

On the ‘Rise Like The Sun’ single there are 6 mixes all named after different places on the globe in an attempt to bring the world together rather than see ourselves separated by colours and creeds. Columbian Sun Cut is the real deal in the Latin house area and Vidula a producer from Sri Lanka puts his distinct flavours on his Indian Sun Remix.

The other remixes come from Dar.Ra and have an Indigenous theme to them as is also reflected in the Cover artwork which pays homage to the Aboriginal national flag.

‘Rise Like The Sun’ is out on Kusha Deep Music this fall. 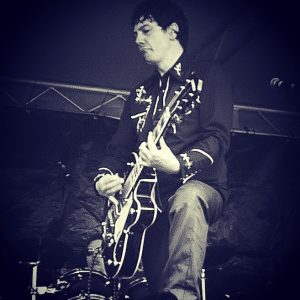 Dar.Ra is a Music Writer, Producer and Author who earned his stripes with hits for EMI and 21St Century Artists and set up the Kusha Deep Label in the 2000s releasing his first solo Album in 2009, called ‘Soul Hours‘. The UK, USA music press and radio, made Album of the week on Heart FM Spain, supported the album.

One of the tracks ‘Haunted Dancehall’ featured in a Hollywood film staring Hilary Duff and ‘Snakes On Planes’. Dar.Ra played on BBC Radio Cambridge to a million people live when they connected up their regional stations around the Midlands.

Various EPs ‘Now Is Now’, Live For Love, Cease Fire and soundtrack to film documentary ‘City Of Hope’ have also had millions of streams and lead to the recent album ‘New Kinda Normal’.

The Rock N Roll tour de force, that has seen three singles really make some movements happen in America, with well received Music video’s for ‘Rock Steady’ and ‘Night-Stepper’ being shot in NYC, while ‘Diamonds N The Shadows’ being shot in Atlanta.

With two new EPs out ‘Stand Up For The Heroes’ a tribute to the keyworkers who have stood up to the task of the Pandemic and the Whisky n Honey EP this work continues to shape Dar.Ra’s musical catalogue.

The Beat remix called Bhangra Stance features on the Stand Up EP, is a powerful call to action for change. Top Hitz Music magazine to call the EP number 1 Lockdown release, while Music Mirror called the ‘Stand Up For The Heroes’ track, ‘the Rock anthem that Prince would of written, if he still graced this world’.

Dar.Ra has also written two books under his full moniker Darragh J Brady ‘Road Tales’ which is about amazing people with life changing stories that he met while touring the globe and ‘The Night That Jimi Died’ which is about a girl who channels the Spirit of Jimi Hendrix and rises to change the DNA of the World through Music. Both titles have also been given top reviews on Good Reads and Amazon Books.

The brand new single ‘Rise Like The Sun’ is out now on all good digital retailers.