Smooth, charismatic and impossible to ignore — welcome to the calming world of Kyn Rose, an emerging artist currently making his mark on the global music scene.

His sound fuses infectious hip-hop rhythms to soothingly soft bars and intelligent lyricism. His music is typically chill, with his influences coming from what he’s going through in life — using blunt, yet complex rhyme schemes to tell his emotional story.

You can often find him rocking his nose to ear chain which is a homage to his emo edge that is subtly infused into his music. He’s amassed a steady following online, garnering streams in the hundreds of thousands worldwide. The multi-instrumentalist plays guitar and piano, crafting all of his tracks from scratch. He’s also played countless gigs around his home city of Toronto in Canada. 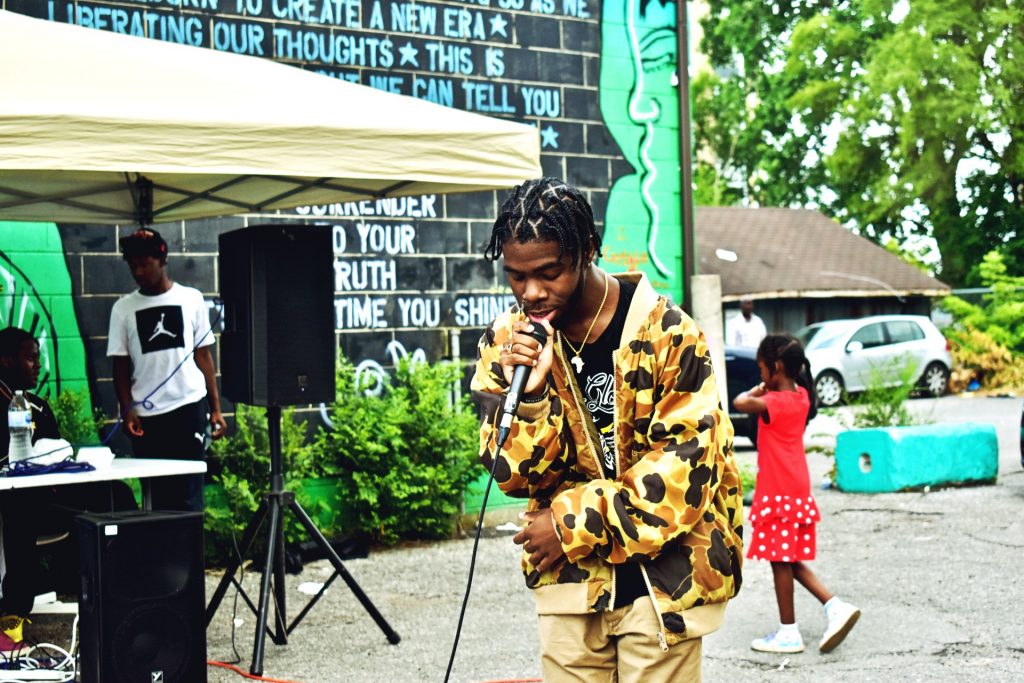 Current projects Kyn Rose made his debut in 2019 with his single “Cigarettes (Throwaway)”, a softly soothing anthem that showed a more intimate side to the artist. He went on to release a number of other singles; from the laidback verses of “Decision” to the soulful hooks and classic lyricism of “Cops Don’t Care”, there’s something for everyone in Kyn’s slick selection of timeless tracks.

His most recent single “Money Worker” has amassed over 100K+ streams worldwide for its hard hitting bars and infectious hooks. He aims to build on the success of this single with his first EP currently in the works. The release will feature a number of songs that he’s been working on since he was just thirteen — showing Kyn’s diverse range of styles.

“Money Worker” (single with 100K+ streams) The life, the vision Kyn Rose first got his start in middle school when he would write poems and perform at various talent shows. He began exploring music through beats, songwriting and audio engineering. The singer’s teacher noticed the gift he had early on and pushed him to keep on going down the music path. He received the school music award and was granted a scholarship to an arts programme.

The eighteen year old artist was born and raised in Toronto Canada and has been trying to break into the music scene for about five years now. He notes music has always been there for him through his darkest times. From battling liver disease to depression and anxiety, making music has always helped him through hardship by giving him an outlet to express his pain. He wants his music to send the message that anything is possible and that music can speak when words can’t.